The medieval town of Rindoon was developed around a castle built by Toirdelbach Ó Conchobhair and Geoffrey Marisco in 1227. Rindoon had very little defence and so was attacked in 1236 by Phelim Ó Conchobhair. Seeing how vulnerable they were, the residents applied to King Henry III for a town wall. Only one known murage document from 1251 speaks of the King sending money to enclose and protect the towns and castles of both Athlone and Rindoon. 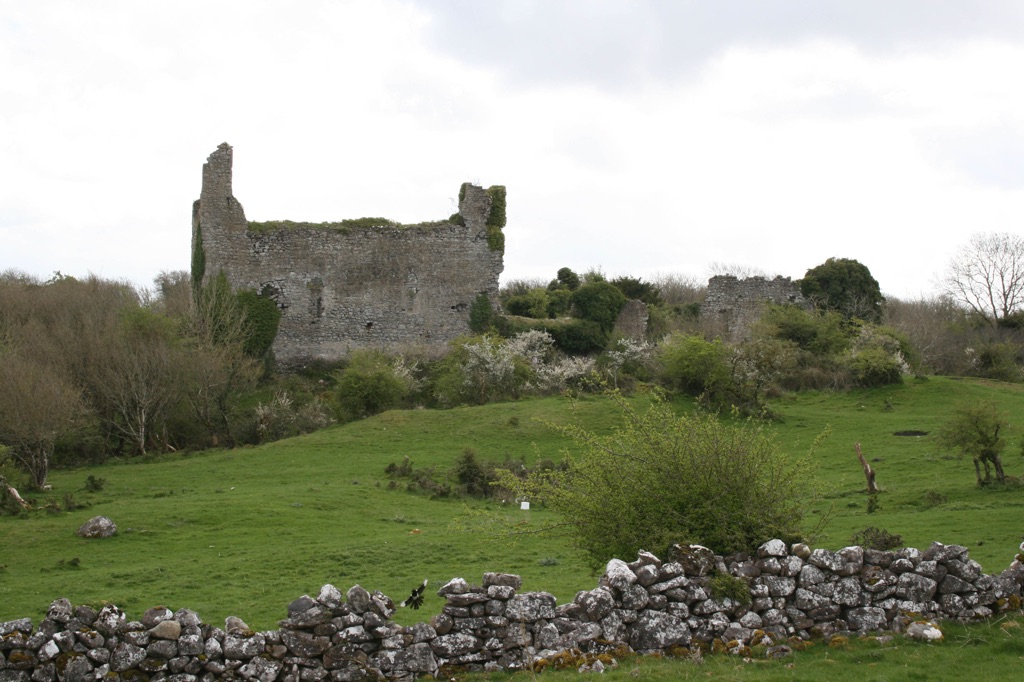 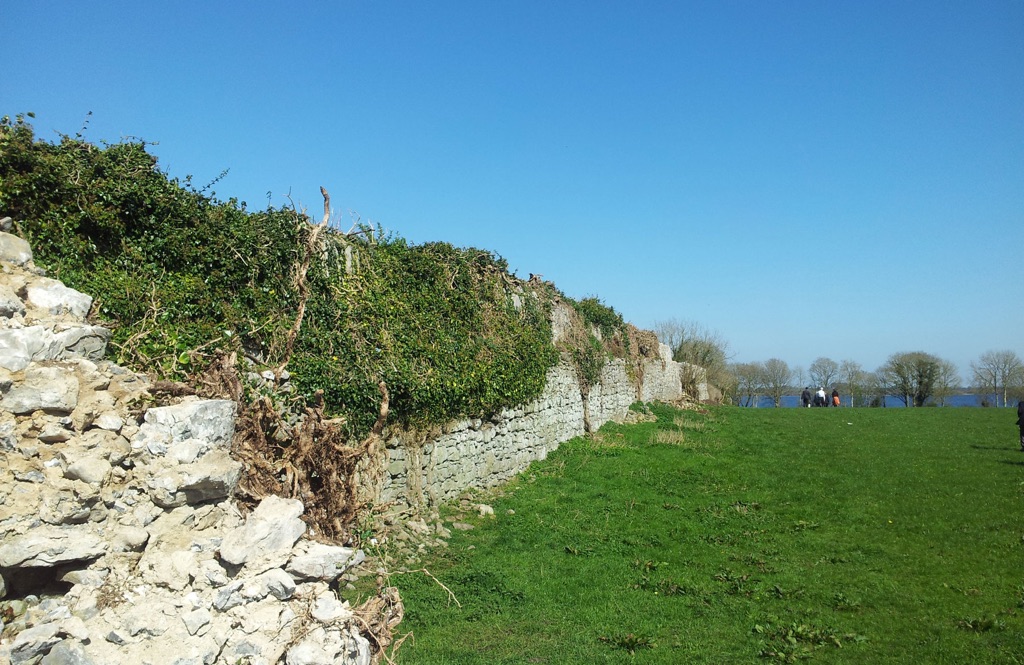 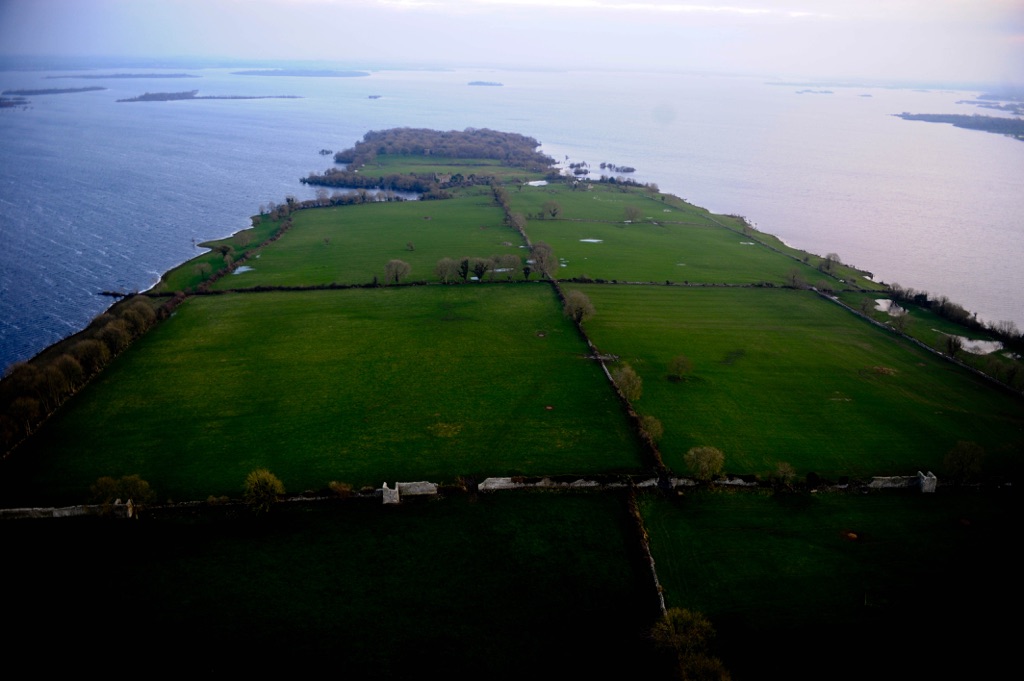 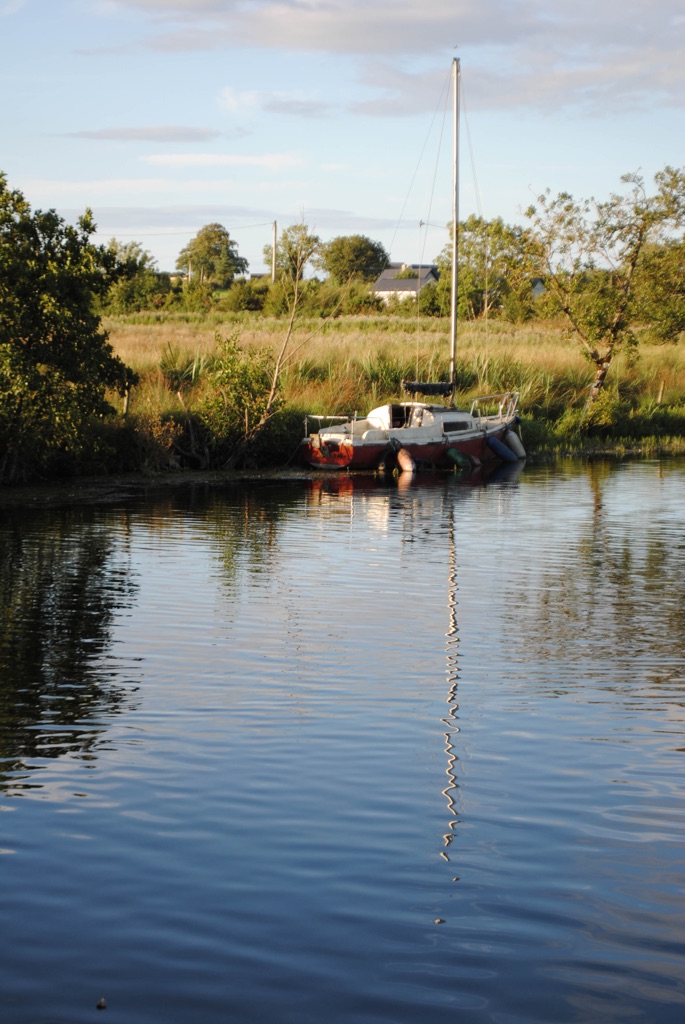 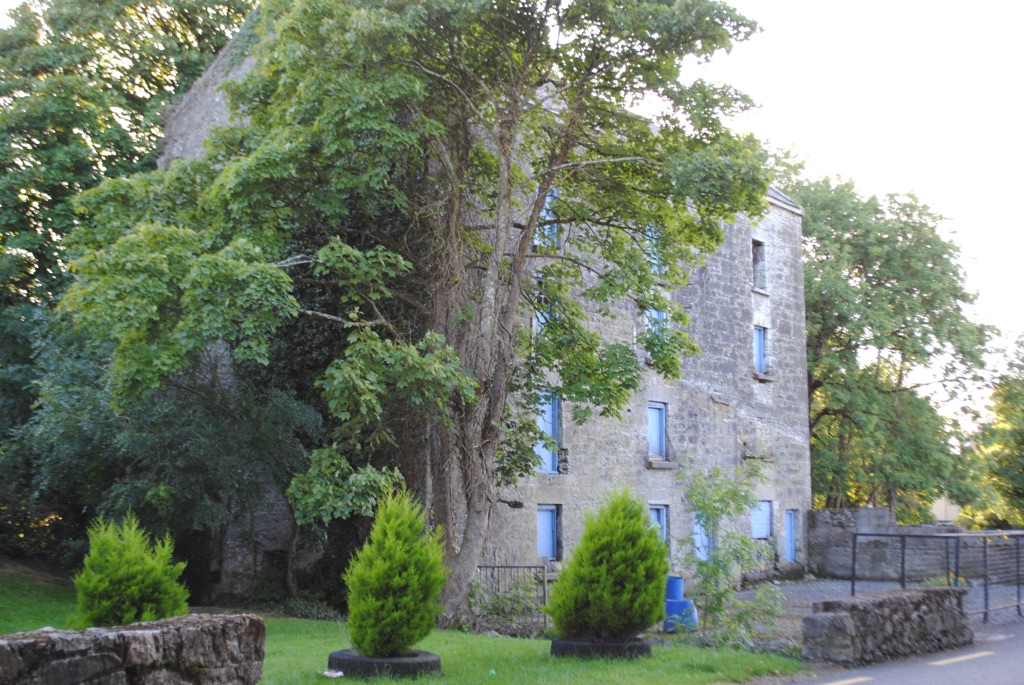 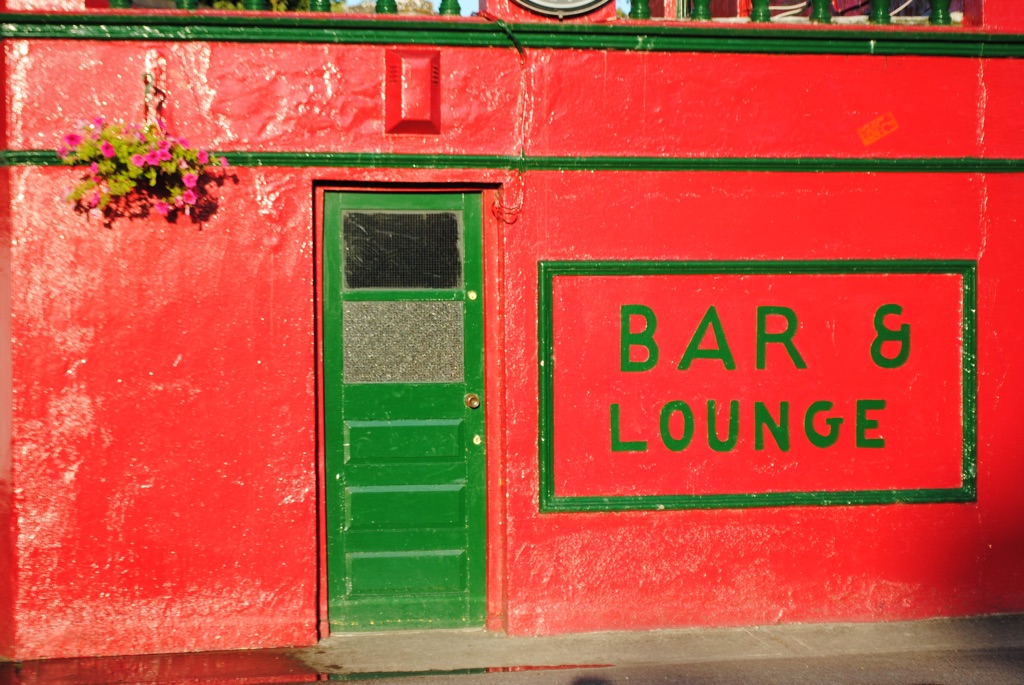 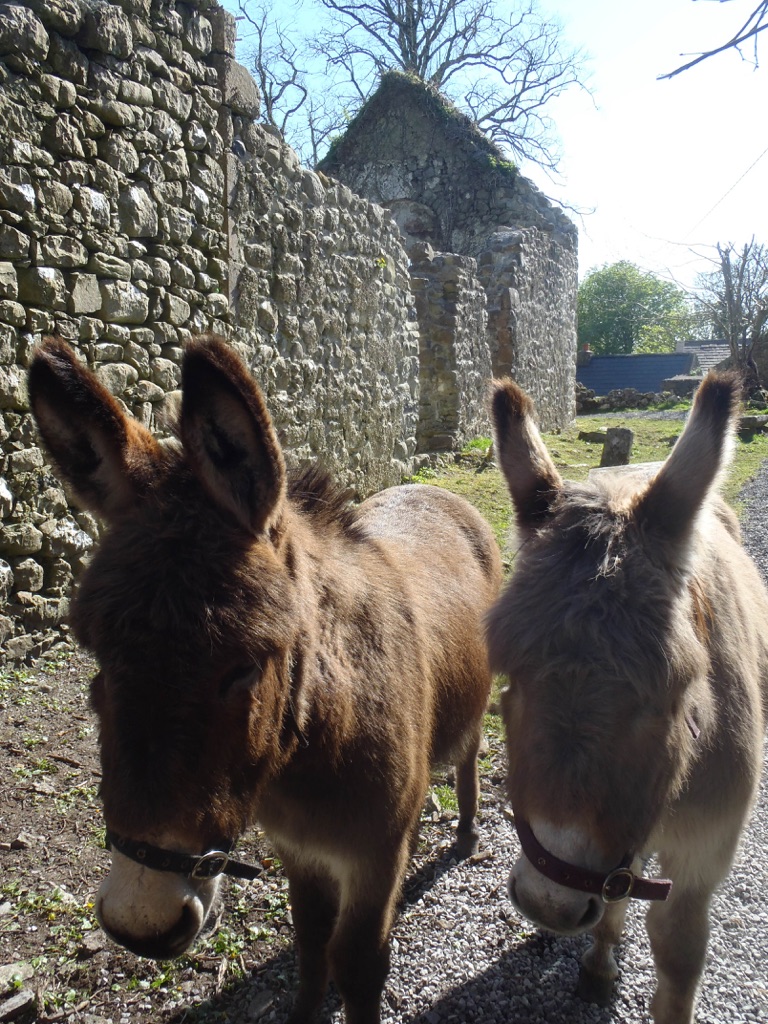 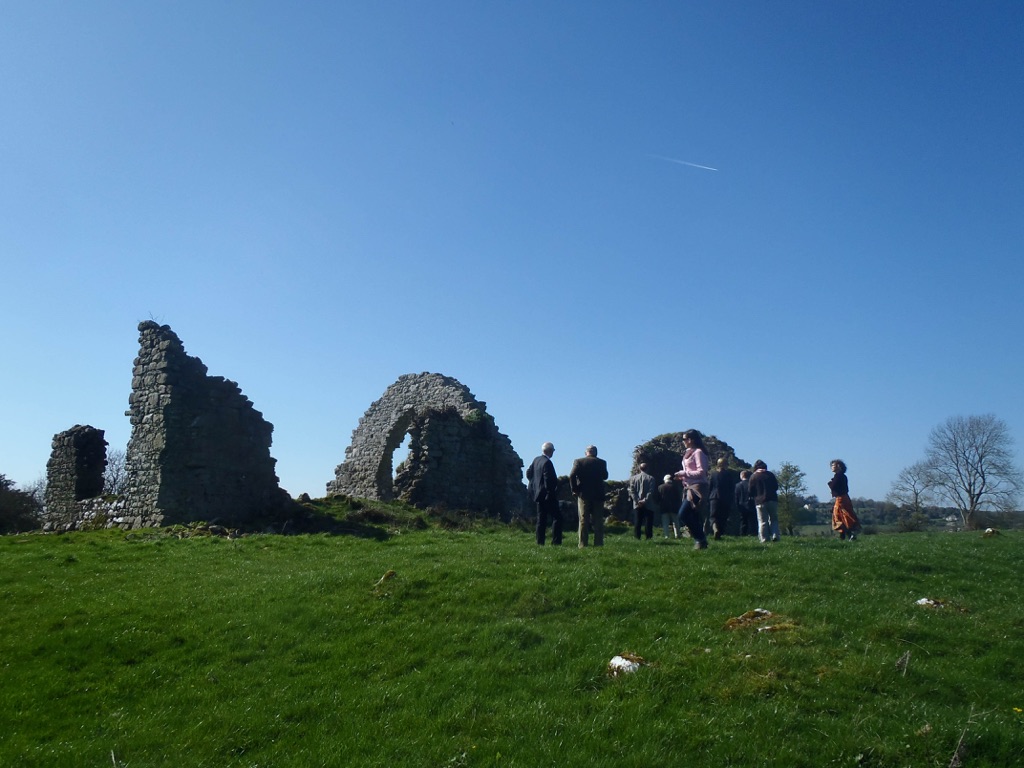 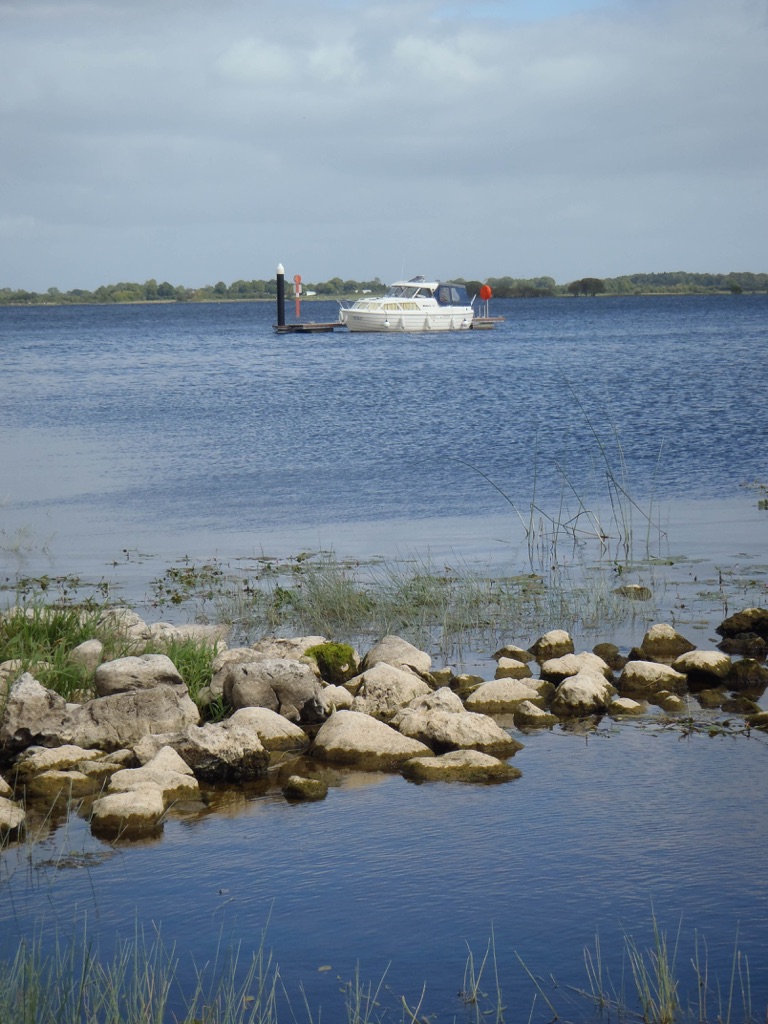 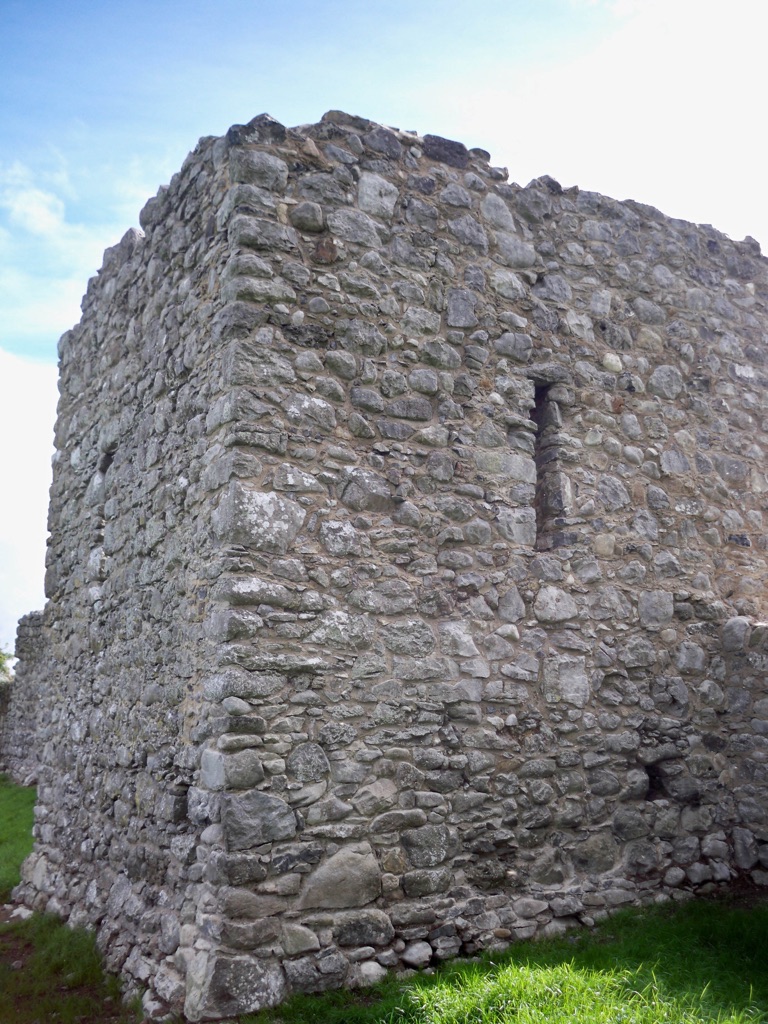 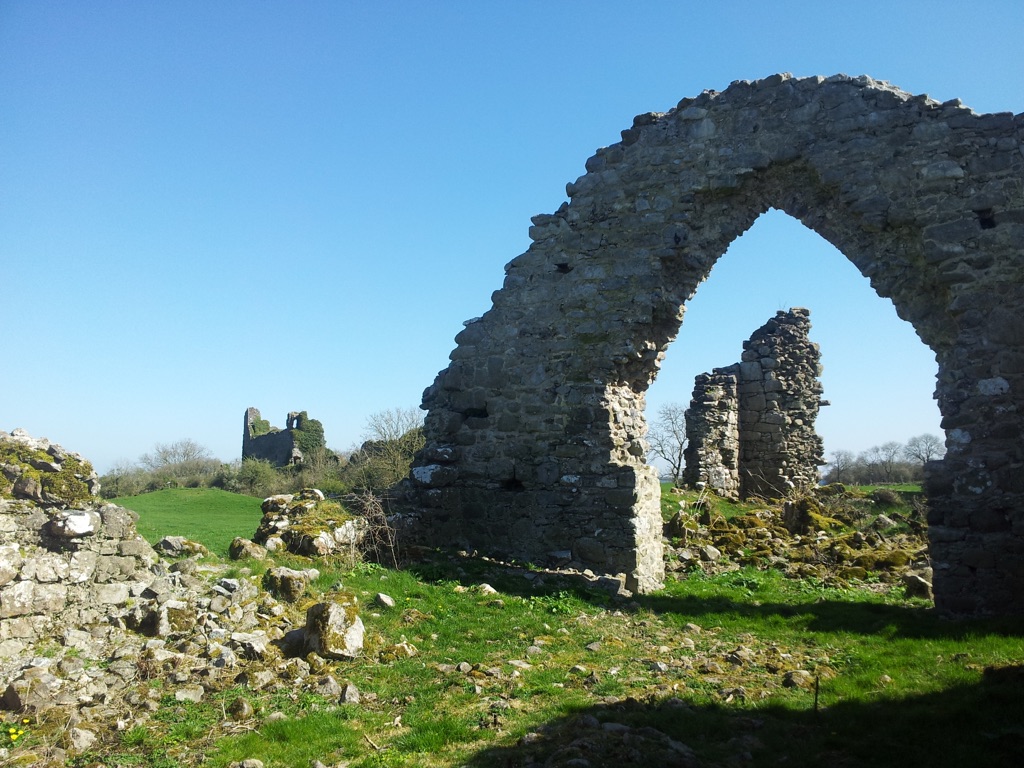 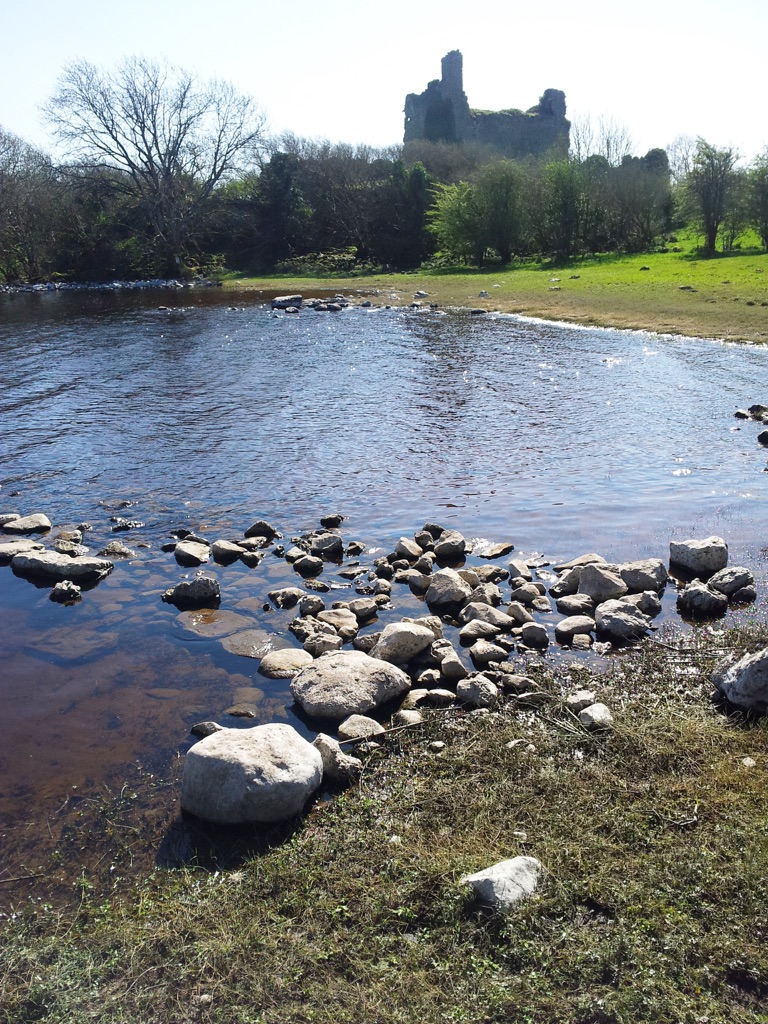 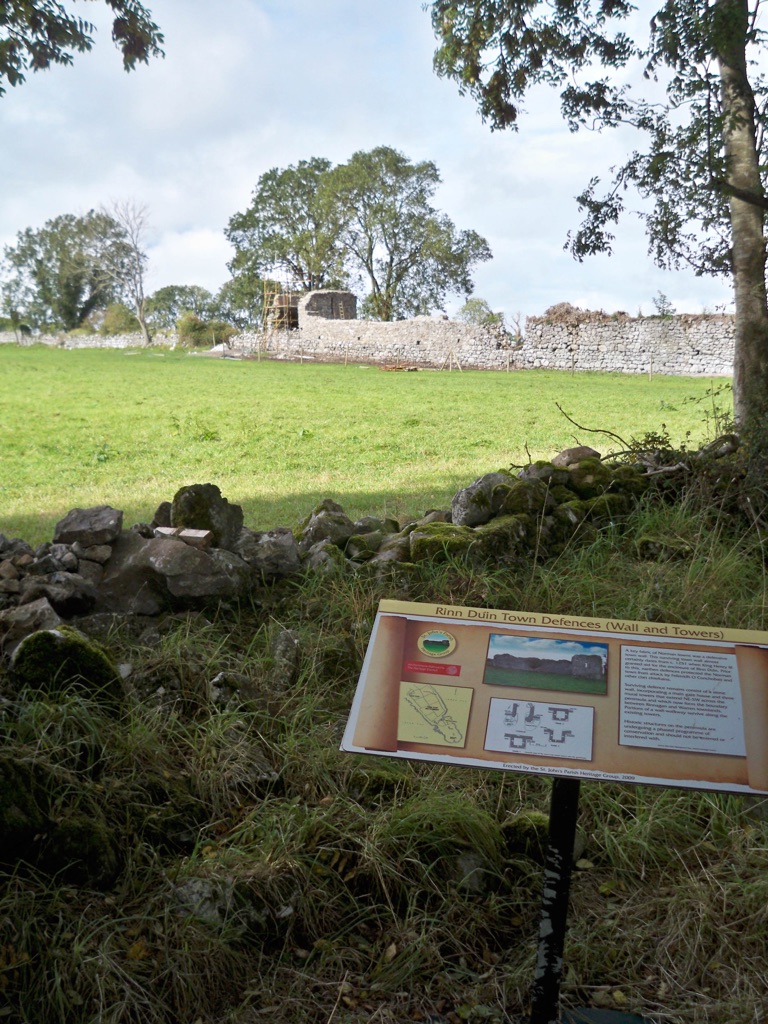 Rindoon’s medieval town walls (c.2000m in perimeter) protected the landward-facing side of the peninsula, upon which the town was built. The wall enclosed 25 hectares, and possibly contained two gates and three square towers. There is no evidence of ramparts but there is evidence of a deep fosse that was linked to the castle and was fed by Lough Ree.

From 1229 until 1323, Rindoon was subjected to a series of attacks from the native Irish. This was part of the Gaelic resurgence which happened in the 14th and 15th centuries. The attacks caused Rindoon to be sacked and was in the hands of the Irish by 1342/ 1343.

The remains of the medieval town are located on farmland but are freely accessible to the public. You can see the ruins of the town’s castle, mill, church, graveyard and hospital. Guided tours are available on request from archaeologist, Regina Donlon. Alternatively, you can download the smart phone walk to bring you around. Besides enjoying the beautiful ruins of Rindoon you can also enjoy a pleasant stroll on the Warren Point Looped Walk. It is worth visiting the nearby village of Lecarrow, and the megalithic monuments known as Nellie’s Rock and Scregg Dolmen. Beyond this there are three early medieval church sites, Kilcommon, Killenvoy and St John’s which contain fascinating examples of 17th and 18th century monumental sculpturing.

Close to the Rindoon complex is St John’s Wood, a rare surviving example of Irish old growth woodland. The wood boasts a wide variety of flora and fauna including rare and unusual examples unique to the area. It is a beautiful walk for the family, as is Lecarrow Canal, the origin of which dates to the late 18th century. The canal is a favourite stopping off point for Irish and continental boaters on the Shannon.