The area around Kildare town became renowned when St Brigid founded a church here in 480AD. A monastery soon developed on this site dedicated to St Brigid. The surrounding area prospered from the wealth of the monastery. This was noticed by the Vikings who raided Kildare fifteen times from the year 835AD. 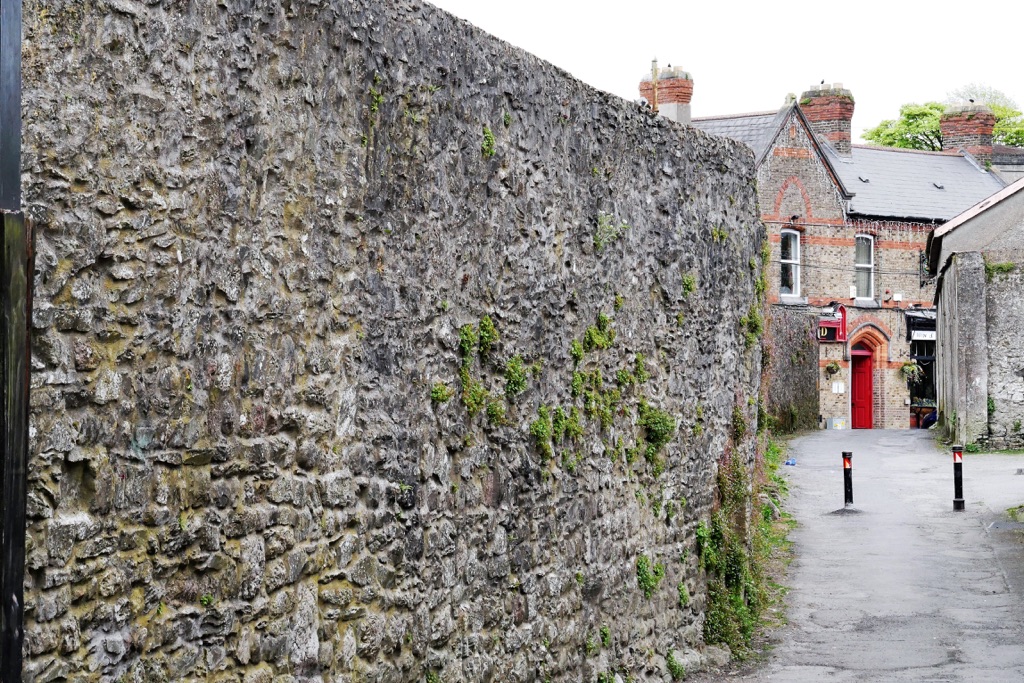 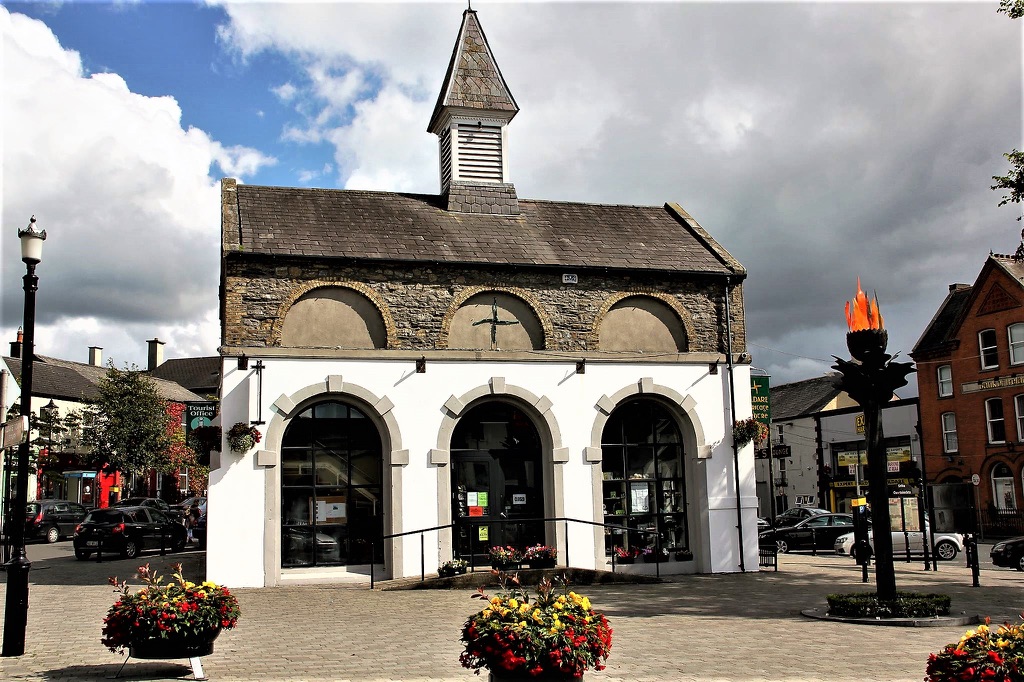 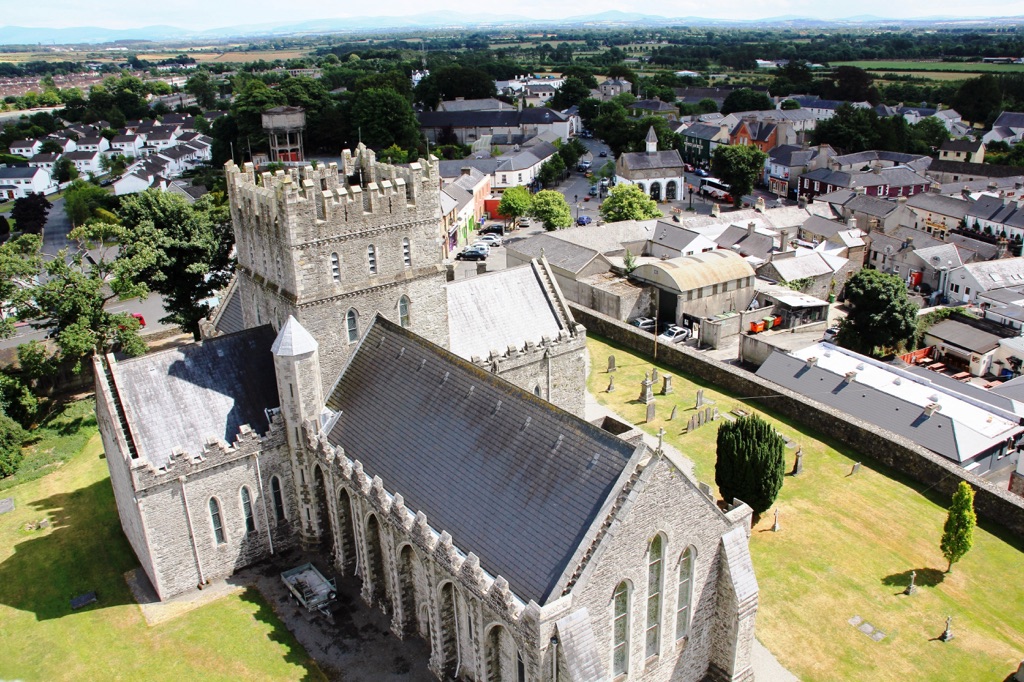 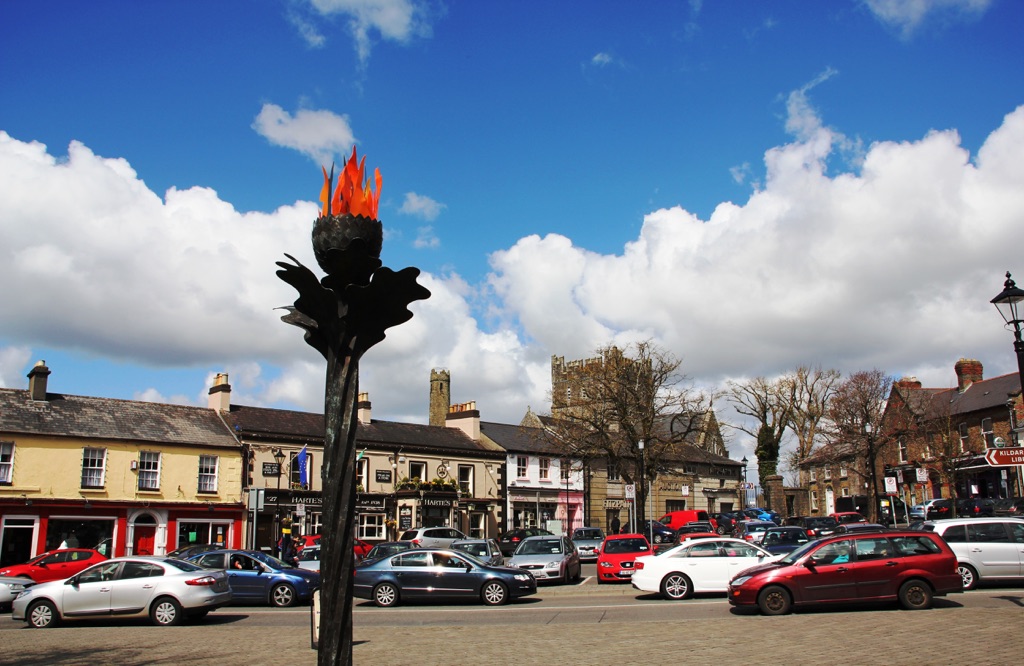 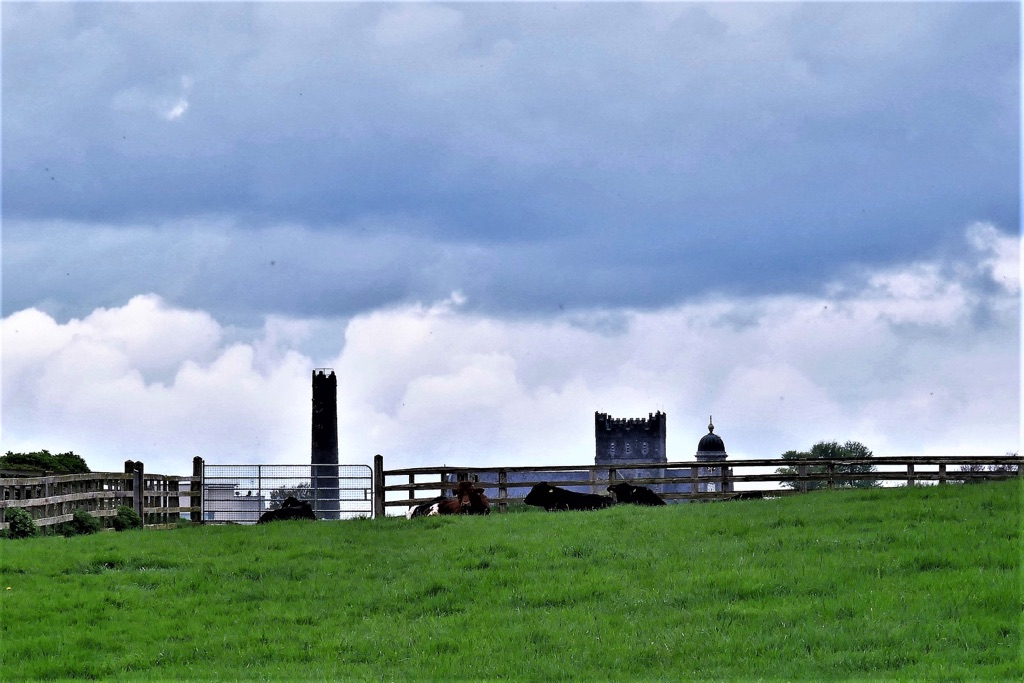 In the 12th century the Anglo-Normans took control of Kildare and expanded it into a larger town. By the 13th century Kildare was referred to as a borough and by the 16th century it was known as a city. The only known reference to a murage grant for Kildare was from King Henry VIII in 1515. It mentioned the town having a stone wall and a fosse as protection. The 1,000m town walls that were built with the murage grant enclosed an area of 9 hectares. The walls had 3-4 gates that granted controlled access into the town but there are no known towers built into these walls.

Powerful characters such as Richard de Clare, William Marshall, William de Vesci and the Fitzgearld Earls of Kildare left their mark on the town by building fortifications and funding large abbeys. Kildare’s town walls were damaged during the Nine Years War in 1598 and very little, if any of Kildare’s walls can be seen above ground today.

When visiting Kildare town start at the Market House/ Visitor Centre which dates from the 19th century. Here you can learn about the history of the town through an immersive virtual reality experience known as Legends of Kildare. Afterwards follow Kildare’s Heritage Trail which brings the walker around the medieval, monastic and castellated sites of Kildare Town. You can take the tour with a local historian or with a free app. The Legends of Kildare Virtual Reality Experience is now open for bookings (see link below). A medieval guide who will set the scene and lead you up to a tranquil space where the adventure begins. Legends of Kildare Virtual Reality experience transports you back in time on an emotional and magical journey which allows you to connect directly with these ancient characters.

Make sure to visit St Brigid’s Cathedral which was built on the site of St Brigid’s original church. Inside there is an exhibition on St Brigid's life and the development of Kildare. You will be able to see medieval stone tombs and climb the 12th century, 30m high round tower.

Kildare medieval town has three ruined abbeys that can be explored. They are known as the Grey Abbey, the White Abbey and the Black Abbey built between 1212 and 1290. The abbeys were named after the habits the monks wore in each abbey.