Between 1180 and 1204 the Anglo-Norman knight called John de Courcy built a castle on the rock that was known as 'Carrick Fergus' or Fergus’s rock. The town of Carrickfergus developed by de Courcy and his successors expanded to the north of the castle. From the 13th century, the town and its inhabitants were partially protected by an earthen bank, wooden palisade and ditch. 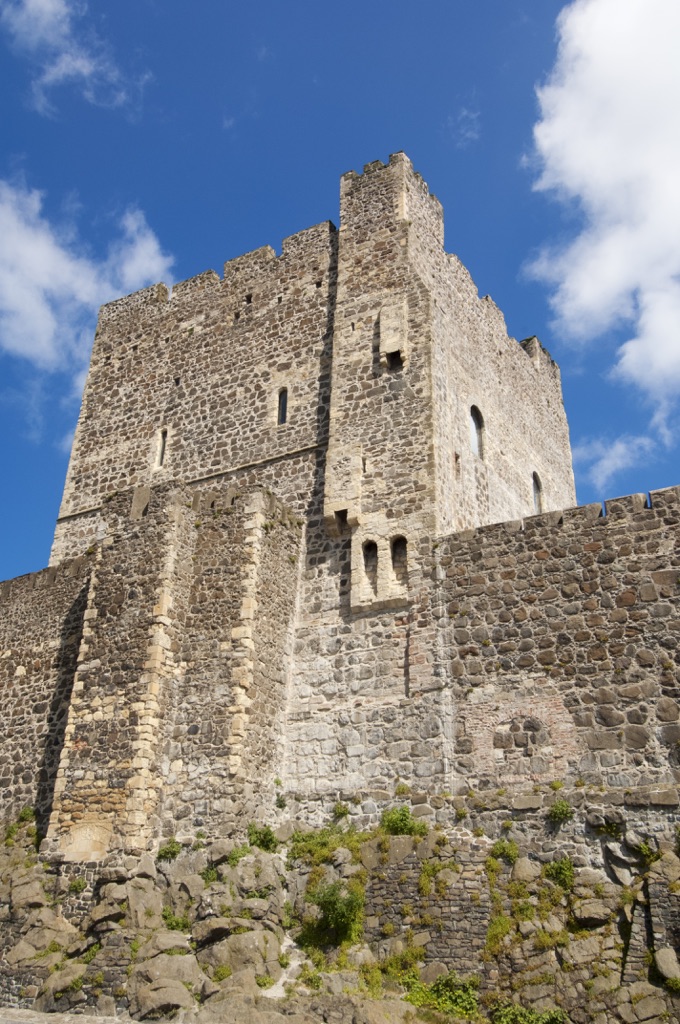 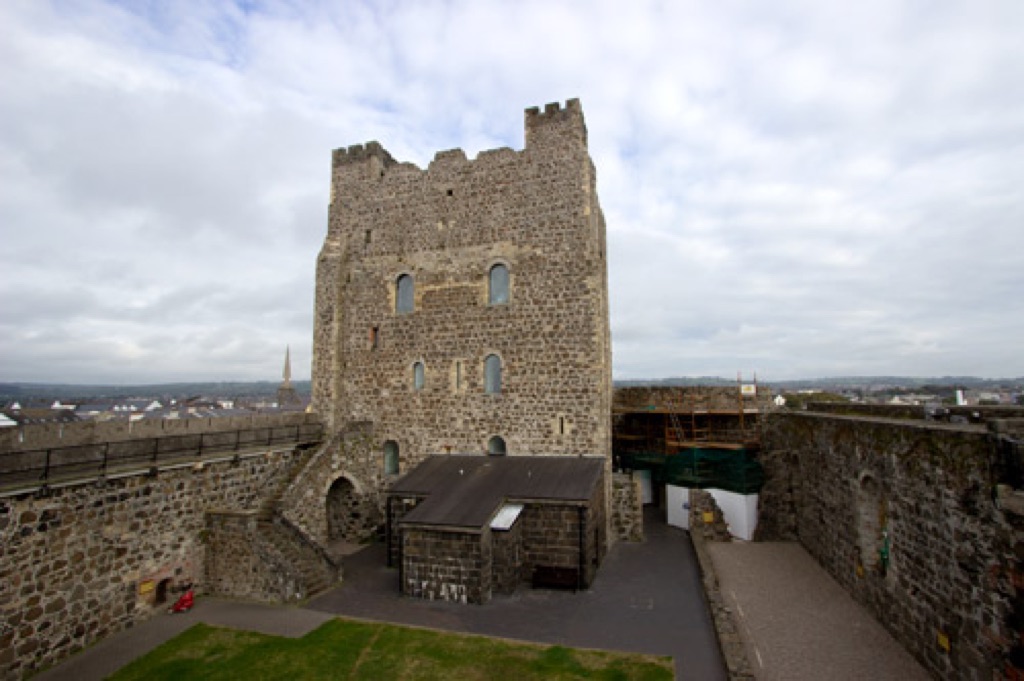 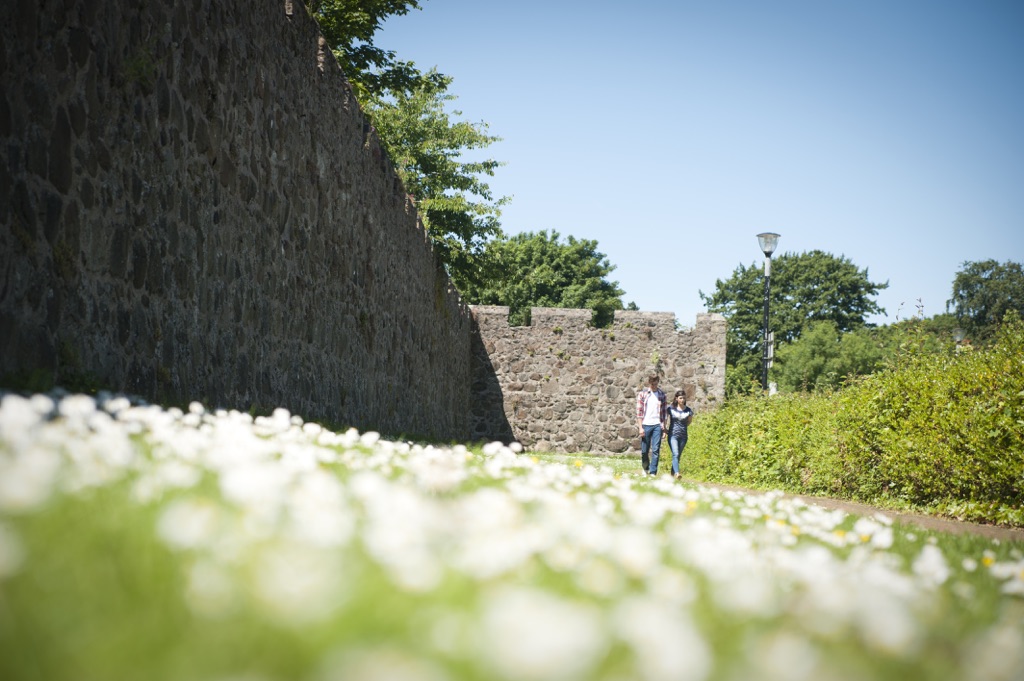 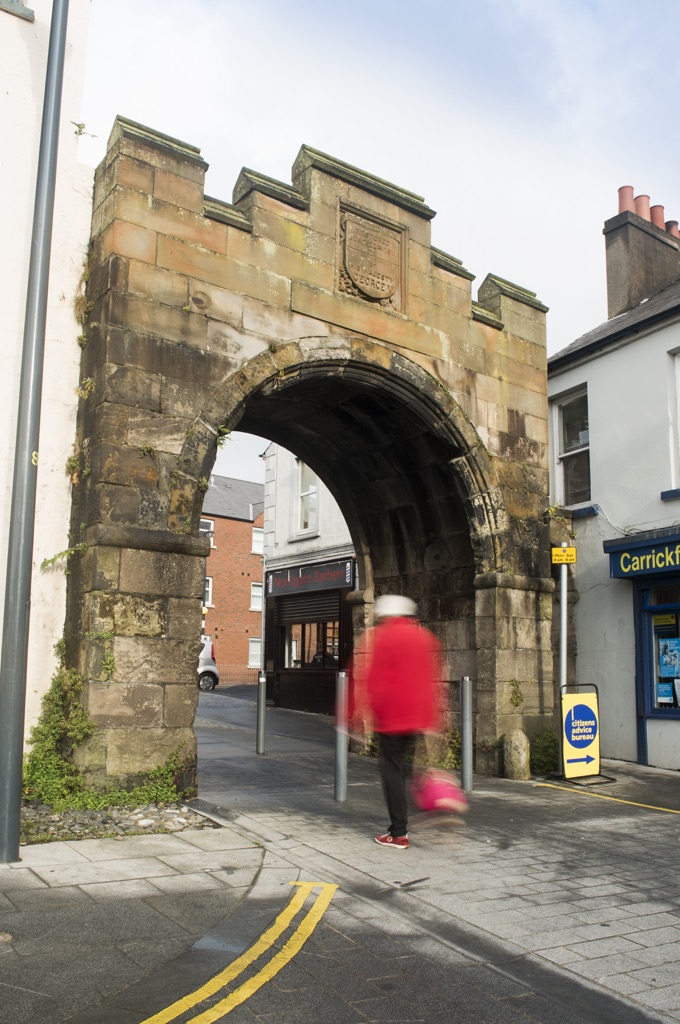 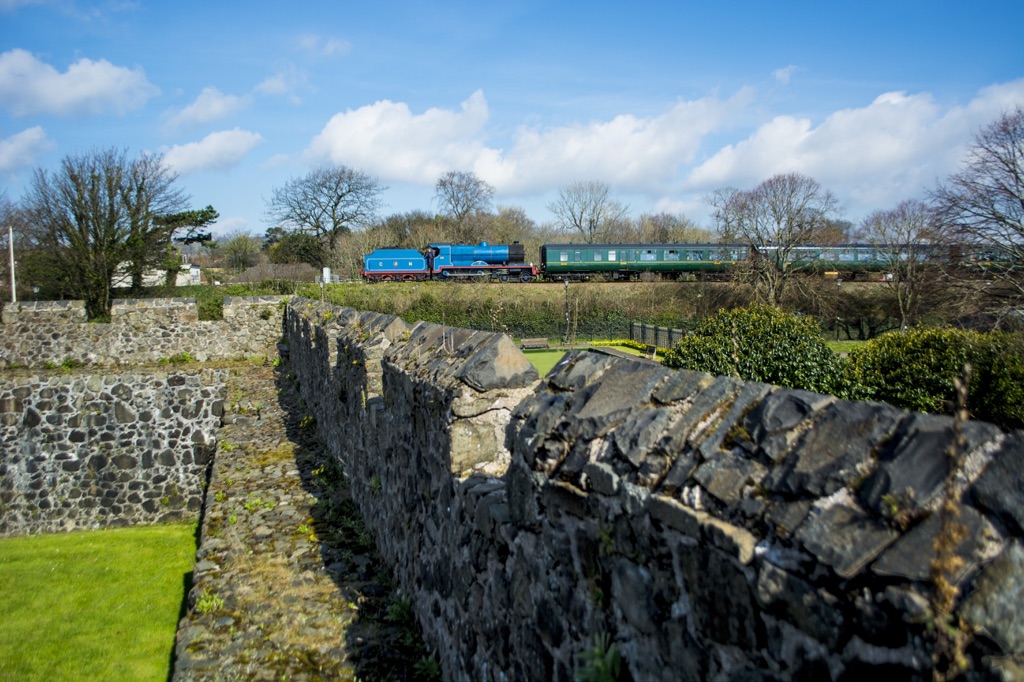 An attempt to improve the walls of the town was made in the Tudor period. In 1574 a bank of sods was built up, with four mounts at the corners. However this wall was never finished and the stone sea walls that were added along the shoreline were considered to be a better defence than the earthen bank and ditch the rest of the town had.

After the defeat of the Irish at the end of the Nine Years War, the land around Carrickfergus was granted to Arthur Chichester, the 1st Barron Chichester. He strengthened the town's defences and built a circuit of high stone walls between 1608 and 1615.

The stone walls were 1,175m long. Originally there was only one main gate into the town with two sea gates, but by Chichester's time there were four gated entrances known as the North Gate, the Water Gate, the Irish Gate and the Quay Gate. The town was also protected by bastions. Carrickfergus expanded in size from c. 6ha in the 13th century to c.11ha in the 17th century.

Nearly half of the stone walls that once surrounded the town can be seen above ground today. The North Gate, north-east bastion, north bastion, part of the north-west bastion and 87m of the north wall are all clearly visible.

Once you have seen the town walls check out Carrickfergus Castle, one of the best preserved Anglo-Norman castles in Ireland. Inside you can enjoy great views over Belfast Lough, you can see canons that were once used to protect the castle from attack and there is a fun historic room where children can dress up as the inhabitants of the castle. Next visit Carrickfergus Museum where you can learn more about the town and see medieval artefacts, including the town’s ceremonial sword. Finish up with a nice stroll along Carrickfergus’ beautiful marina before driving along the stunning Causeway Coastal route.