How did the Walled Towns Evolve?

Medieval Irish people lived all over Ireland in big circular settlements called ringforts. Mums, Dads, brothers, sisters, grandmothers, grandfathers, aunts, uncles and cousins all lived in the ringfort’s round houses, built with thatched roofs and mud walls. The houses were protected by a palisade (big wooden fence) and their animals were brought inside this fence at night.

Later, when monasteries were built, people wanted to be closer to the churches and monks who provided mass, food, hospitals, trade and wealth. So they lived in wooden houses on the outskirts of monasteries. 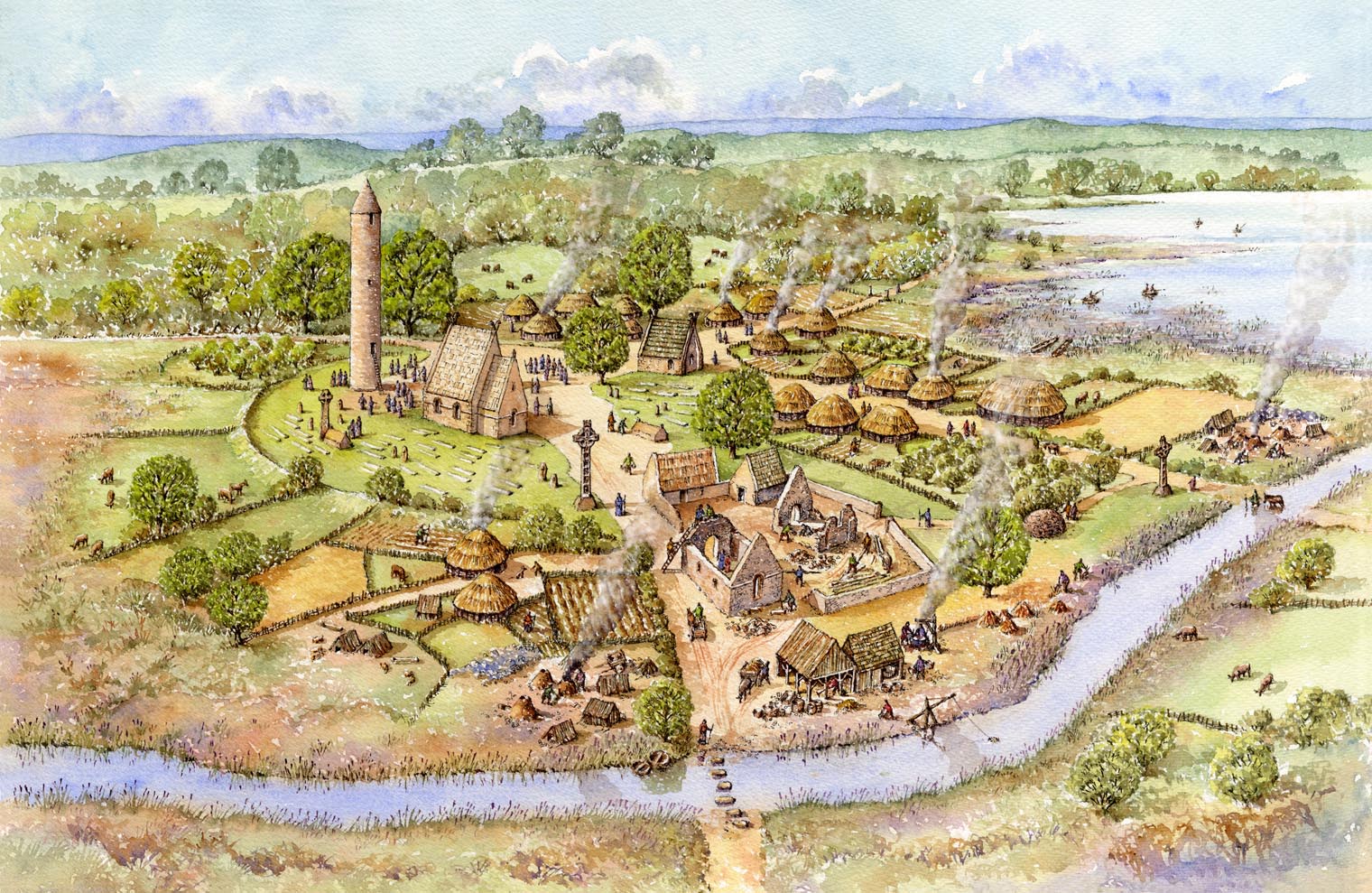 The Vikings were from Norway, Sweden and Denmark. They sailed all over the world looking for places to trade with or attack. When the Vikings were raiding Irish monasteries for their wealth, they realised they liked Ireland and decided to stay.

The Vikings built longphorts, or defended bases close to rivers. Some of these later became the first towns in Ireland. Inside the Viking towns were rectangular houses built along straight streets. The Vikings protected their towns with ditches, earthen banks, palisades and of course their swords! 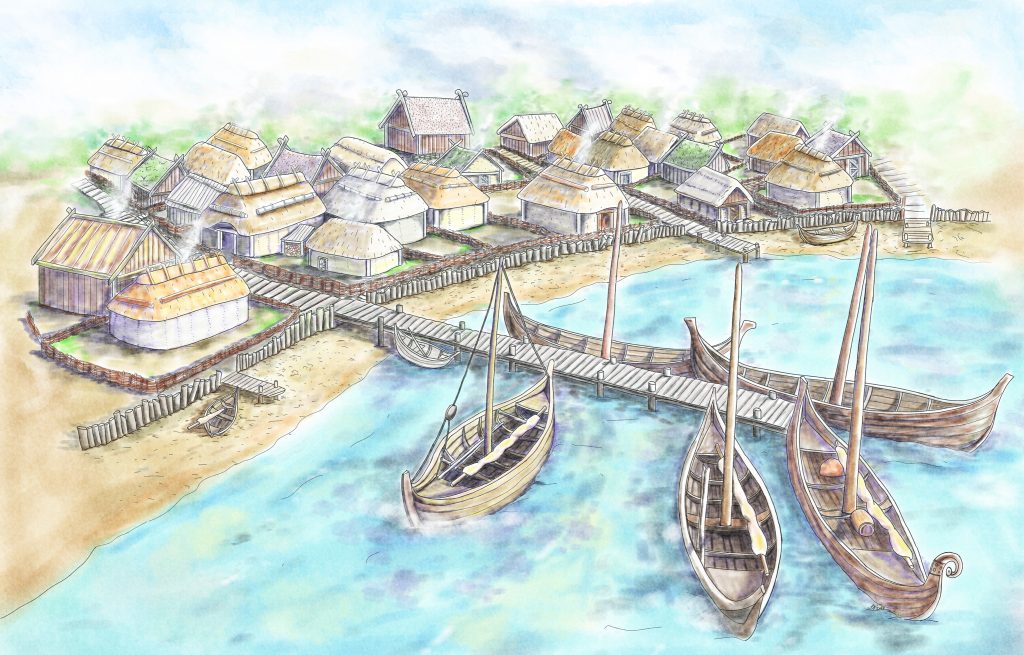 Reconstruction drawing of a Viking settlement by Sara Nylund.

The Anglo-Normans came from Normandy in France, they invaded England and Wales before coming to Ireland in 1169. They took over some of the Viking towns and some of the Irish monastic settlements and turned them into Anglo-Norman towns.

At first they built wooden castles and small towns known as motte and baileys. However, the local Irish kept attacking the wooden towns and burning them to the ground. In Athy, County Kildare the town was burned four times by the O’Moores of Laois before the town walls were built of stone to protect the residents. All Anglo-Norman castles and walls were rebuilt in stone to protect the people from attack. As well as keeping out enemies, walls allowed the towns to charge taxes on food and craft items brought into the marketplace for sale. 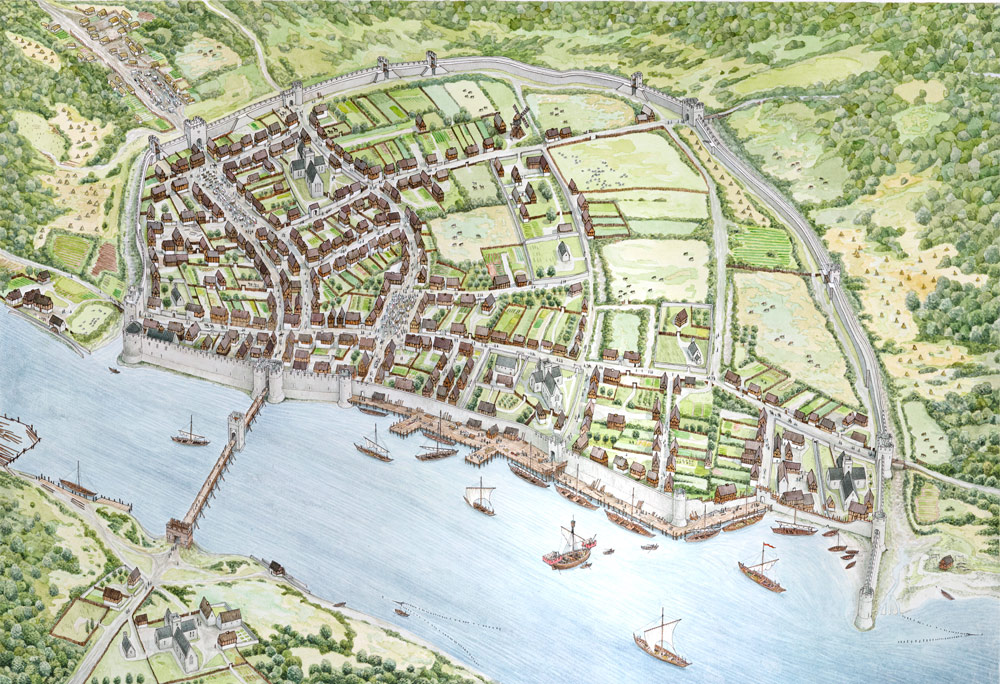